Science says lack of Marijuana may do us more harm than good.. take a look at the following article from alternet.com to learn more…

PERSONAL HEALTH NEWS: How Weed Can Protect Us From Cancer and Alzheimer’s

The following is an excerpt from MARIJUANA: GATEWAY TO HEALTH—How Cannabis Protects Us from Cancer and Alzheimer’s Disease.
For thousands of years cannabis has been used as a medicine for a remarkably broad range of ailments. Opponents of medical marijuana have claimed that nothing works on so many diverse illnesses and that the only relief offered was one of stupor from being stoned.
But in 1988, the first cannabinoid receptor was discovered and since then researchers have learned that there are two types of cannabinoid receptors which are distributed throughout our bodies and that we make chemicals within our bodies—endocannabinoids—that are similar to the cannabinoids made by the cannabis plant. Both plant and human cannabinoids bind to and influence these receptors in order to discourage the rise and progression of numerous disease processes.
The discovery of the cannabinoid receptor system has changed our entire understanding of cannabis and its effects. In fact, from the inception of the anti-marijuana campaign of the 1930s and its subsequent prohibition until today, almost everything we believed about it was wrong.
Hardly the harmful intoxicant that many once thought it was, cannabis is a nourishing plant that can improve and prolong life.
We have recently learned that cannabinoids can help bring our bodies and nervous systems into balance, but what happens when certain compounds block the interaction between endocannabinoids and their receptors, effectively depriving our bodies of sufficient cannabinoids?
It is well known that one of marijuana’s most notable effects is appetite stimulation, or what is colloquially referred to as the “munchies,” a compelling drive to eat and snack. Researchers studying the endocannabinoid system have found that this phenomenon is linked to the activation of the CB1 receptor in the part of the brain that regulates appetite. With the increasing incidence of obesity becoming a public health crisis, scientists have begun to explore the effect of cannabinoids on the regulation of appetite.
The suppression of the endocannabinoid system has been connected to numerous health-related problems, involving cognitive function, sleep cycles, digestion, sexual response, physical coordination, and overall happiness. In order to study the endocannabinoid system scientists have selectively bred mice with a specific genetic mutation that disables the CB1 receptors. Studies of these “CB1 knockout mice” have shown that an absence of activity at the CB1 receptor has devastating effects on the physical and mental health of these animals. These effects include:

The side-effects of cannabinoid blockers and the results of experiments on CB1 knockout mice point to the existence of what we could call the “Cannabinoid Deprivation Syndrome.”Cannabinoid researcher Ethan Russo, M.D., theorizes that endocannabinoid deficiency might well offer an “alternative biochemical explanation for certain disease manifestations.”

It appears that a number of hard-to-treat diseases such as migraines headaches, fibromyalgia, and irritable bowel syndrome (IBS) may well be related to a lack of proper endocannabinoid activity—implying that supplemental cannabinoids derived from or based on marijuana could be of great value. Russo reasons that some people could be “endocannabinoid deficient” and has labeled the syndrome Clinical Endocannabinoid Deficiency (CECD).

Cannabis won’t kill you, but a lack of cannabinoids could.

Let’s re-examine the evidence. Taking a drug that inhibits cannabinoid activity—like rimonabant—can cause agitation, anxiety, depression, vomiting, sleep disorders, suicidal tendencies, and an increase in accidents and injuries. On the other hand, drugs that increase the activity of the endocannabinoid system—like marijuana—result in euphoria, laughter, suppression of nausea, better sleep, resistance to cancer and dementia, and increased brain cell production.

The implications are clear: When our cannabinoid receptors have an adequate supply of cannabinoids, we experience a heightened state of health. When they do not, we suffer from Cannabinoid Deprivation Syndrome.
The rimonabant debacle and scientific studies have given us even more evidence that maintaining a well-nourished and active cannabinoid receptor system is vital to our health.
Clint Werner is a journalist and medical marijuana advocate, and is the author of Marijuana: Gateway to Health – How Cannabis Protects us from Cancer and Alzheimer’s Disease. 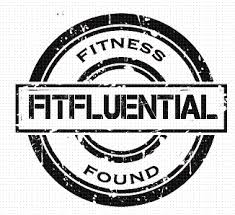